Why are we approaching the topics of BPHS in this manner? 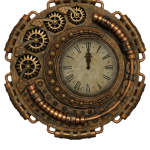 This is the manner in which we have learnt Bṛhat Parāśara Horā Śāstra and that is the exactly same manner in which we intend to teach this vedic classic. The present form of BPHS is the result of the efforts to bring together the lost book. Even at the heights of his fame, Varāhamihira did not have access to BPHS which can only mean that the book was not publicly available and only certain brāhmaṇa families held this sacred knowledge in secrecy. Later, fragmented chapters were recovered from all over North India and various versions of BPHS has been published, each with a few more chapters. We believe that the original had 108 chapters of which about 100 chapters are available.

In fact the way BPHS is taught is that it starts with Chapter 3. Planetary Characteristics and then we arrive at the incarnations of the Lord Viṣṇu only at the end. Only then can we be in a position to understand the difference between the various incarnations.
In fact we have a very definite plan for PJC Year-1 in which we cover 28 Chapters of BPHS, which itself is no mean achievement, in a systematic manner. We first learn about the Graha, the Upagraha (including Aprakāśa graha), the signs (rāśi) and bhāva (houses).

We then bring these factors together in learning how the graha affect the rāśi and the bhāva, starting with the lordship of the rāśi and the effect of the placement of these rāśi lords as owning different bhāva, in other bhāva. This is critical to proper judgement of the chart.

Dṛṣṭi (aspect) is an important topic in this year. Rāśi dṛṣṭi is learnt in a very natural manner followed by graha dṛṣṭi. We also learn the exact difference between the two thereby being able to appreciate the reasons for having these two so different types of dṛṣṭi. We also learn to derive various significations of the planets based on these dṛṣṭi. For example, everyone knows intuitively that Mars, the warrior, also rules celibacy as boxers must remain celibate to be able to battle well in the ring. Yet can we derive this logically? Without the logical derivation of why Mars rules celibacy, we can never understand its power and influence. We can never extend this to brahmacārya.

There is so much more in the very first year or Parāśara Jyotiṣa Course. Are you willing to take the leap into this ocean of Jyotiṣa, then … start PJC Year-1. 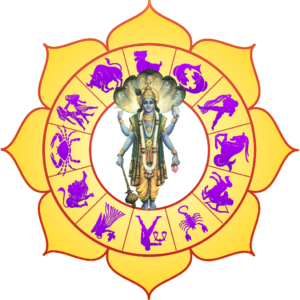 Sanjay Rath belongs to a traditional family of astrologers from Bira Balabhadrapur Sasan village of Puri, Orissa, which trace their lineage back to Shri Achyuta Das (Sri Achyutananda). His grandfather, the late Pandit Jagannath Rath, was the Jyotish Ratna of Orissa and authored many books on Jyotish. He began his studies at a tender age, and received the depth of Jyotish only found among those who have been trained in the ancient traditional way of the parampara. More Info

Kaartik Gor Kaartik Gor is a professional Vedic Astrologer, originally from Somnath, Gujarat and now based in Dubai. Kaartik comes from a family of priests and Jyotiṣa was part of his life since early days though he got interested after meeting his Gurudev. His early life was spent in Gujarat and later Mumbai where he completed his Engineering and later worked with corporate giants in their Sales and later as a Project Manager in Mumbai and Dubai. More Info

Nitin Bhanap Nitin Bhanap is an IT professional turned Vedic astrologer by the grace of Guruji (Pt. Sanjay Rath). Nitin is originally from Bombay, Maharashtra and now based in Raleigh USA. Nitin comes from a family of astrologers and Jyotiṣa was part of his early life because of his father and grandfather who had a career in corporate world, however practiced Jyotisa to help and guide people. More Info